At AOC show, some vendors were selling Tillandsia and our Country Store had donated succulents.  As it may be a good idea to combine these very different types of plants with orchid growing, we visited Cactus and Succulents Society of Hawaii's July meeting.  Cactus & Succulents can take much more light than orchids, so why not use them to shade orchid growing area?

The presentation by Mr. Walter Tokushige was about how to make a simple PVC Tillandsia Stand (for non-carpenters).  Courtesy and approval by Walter, attached is his hand out instructions.  Thank you Walter, for sharing your invention!  (He also mentioned jokingly that he'd build one for $30 if anybody is interested but not want to build yourself.) 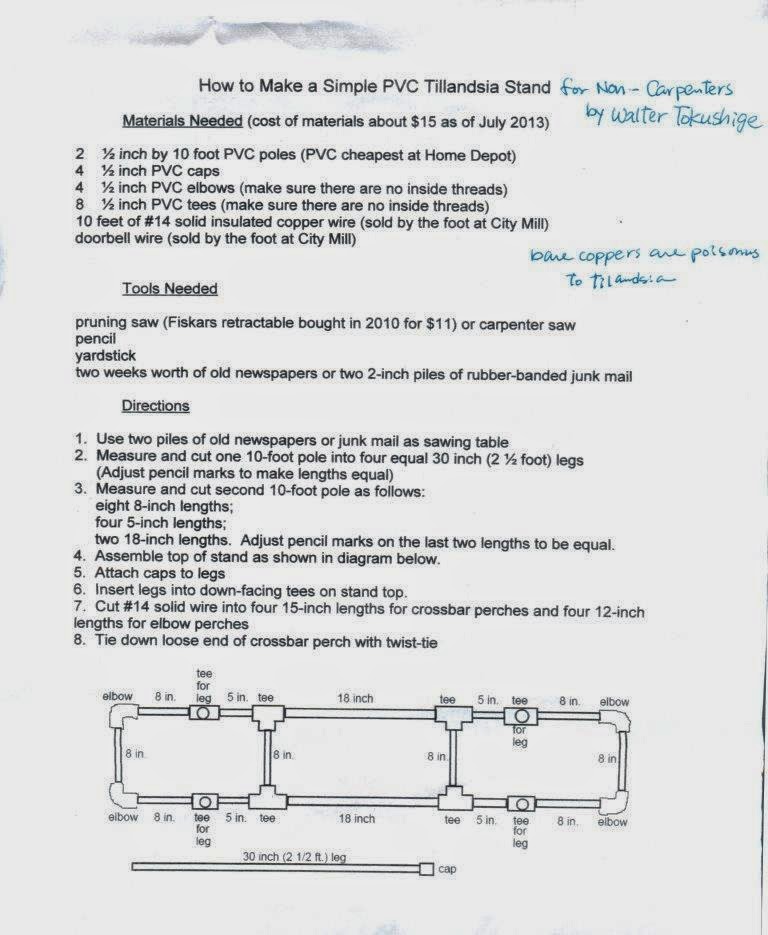 The meeting was nice, crowded (good attendance), and relaxed.  We were greeted by the president, Nathan, who praised (?) us for the hard to achieve task of killing a few tillandsia in the past.  They had plant sale by club members at 7:00 p.m., and I scored a few good looking tillandsia.  Nathan also gave us this very interesting plant as a challenge.  It look like .... uunnnmm.... a green coral reef with hair!?  Let's hope they'll survive this time...
Posted by Aiea Orchid Club at 10:36 AM