This article on Mr. Takami Kodama, Ben's dad, was found in a booklet called "Hawaii Japanese-American Pioneers", published by The Hawaii Hochi as the newspaper's 100-year annyversary commemorate.  It depicts how Mr. Kodama came to Hawaii from Hiroshima, and started his business in growing orchids.  He was credited to enable orchid to become an affordable hobby. 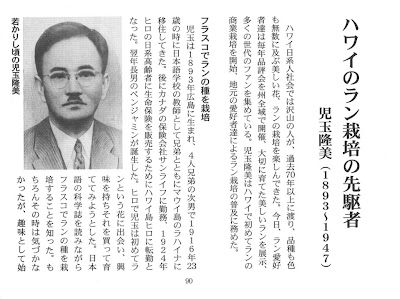 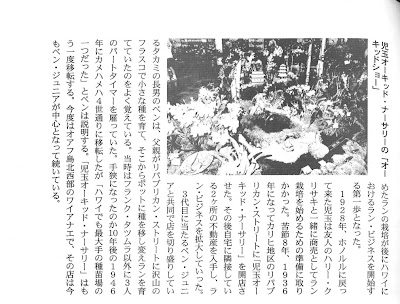 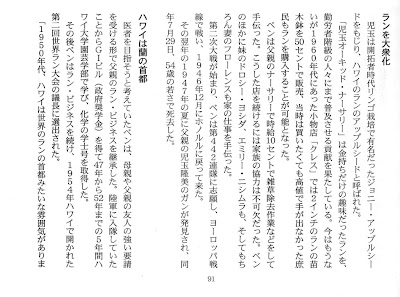 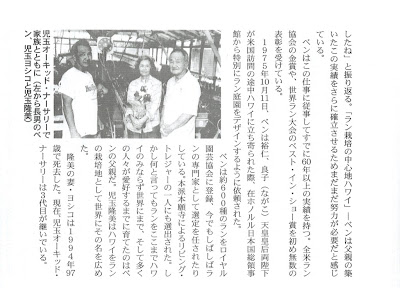 Email ThisBlogThis!Share to TwitterShare to FacebookShare to Pinterest
Labels: misc.